Called a “replacement for blood thinners,” what is the Watchman device and how does it work?

The Watchman is a permanent implant placed in the left atrial appendage of a patient’s heart. After experiencing atrial fibrillation, the left atrial appendage is where thrombosis is most likely to develop in the heart. The device is fitted with a 160-micron membrane PET cap to stop clots that may form and break away. Designed for non-valvular atrial fibrillation patients, the Watchman prevents blood clots from entering into the bloodstream and potentially causing a stroke.

According to Boston Scientific, the device’s parent company, the implant is good for patients who experience trouble with their anticoagulants, such as those who have compliance issues, have trouble stabilizing their INR, or have a high risk for bleeding.

The FDA reports that the Watchman was tested in four clinical studies.

The Watchman device is implanted through the use of a delivery catheter. It is inserted in a vein in the leg and then pushed through the bloodstream. It eventually enters the right atrium and, through a hole in the atrial septum, is placed into the left atrial appendage.

For a closer look at the Watchman’s implantation, see Boston Scientific Cardiology’s video below: 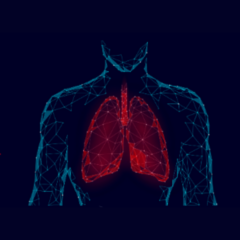