When Mark went to the hospital, he had never heard of a pulmonary embolism (PE). But at 49 years old, the business-owner and family man found himself diagnosed with a submassive PE.

It all began one Saturday morning when Mark couldn’t catch his breath. When he and his wife left for the hospital, he initially thought he was having a heart attack. Upon arriving at his local hospital, he was diagnosed with a PE and sent to Massachusetts General Hospital (MGH) in Boston.

“I got to MGH and they told me there was a team of doctors holding a call to discuss my case,” Mark explained. “I believe there were 11 people on the call, all of them providing input into what needed to happen.”

This team of doctors was a Pulmonary Emergency Response Team (PERT), and they are changing how PE is treated.

One in three patients with PE experience a delayed diagnosis. PE can be a difficult disease to diagnose. Patients are often told that they have pneumonia, the flu, or another disease with similar symptoms.

“PE can happen to anybody, including healthy people, athletes, and sick people in the hospital. It happens in every different area of the hospital. It’s not just the Emergency Department that sees PE,” explained Dr. Kenneth Rosenfield, the section head of Vascular Medicine and Intervention at MGH and founder of the PERT consortium.

“The problem is that no one really knows who to call, no one really owns this disease. It’s because the presentation of PE can be very subtle. I call it the great masquerader. It can masquerade as a heart attack, as a viral syndrome, or as the flu. It can masquerade as pneumonia, COPD, or just general malaise. It can be silent and subtle. Or, it can be dramatic. People often miss it or they misinterpret it.”

“There’s a lot of confusion about who should manage PE, how to manage it, and where best to manage it,” he continued.

That’s where PERT comes in.

“What we’ve done is try to streamline it, centralize it, and eliminate the unnecessary variation in the treatment of patients with PE,” said Dr. Rosenfield.

PERT stands for pulmonary embolism response team and it’s a new way that doctors are dealing with PE. Developed first through the efforts of physicians at MGH, it involves a team of physicians combining different specialties to come up with individualized treatment plans for PE patients.

PERT allows doctors to respond to PE patients in a rapid way. According to Dr. Rosenfield, it was modeled after a rapid response concept. Treatment decisions are made by a group of multidisciplinary clinicians.

“The requirements of a PERT include the ability to rapidly respond and  make decisions in a multidisciplinary way. It’s got to involve several disciplines, at least two (and preferably more) participating in the decision-making,” Dr. Rosenfield explained. “Part of the reason for that is that there’s really no good evidence-based guideline about how to manage any individual patient with PE. In the absence of real hard evidence, we find that the enlightened input of multiple clinicians from different disciplines provides the best care for the patients.”

The Development of PERT

The first PERT initiative started at MGH, but it has spread across the country. Each PERT model can differ from hospital to hospital.

“We started with probably six or seven disciplines involved. We set up posters all around the institution that said ‘If you have a patient with PE…call 1-800-for-PERT.’ Those posters were very effective. People were calling left and right,” said Dr. Rosenfield, describing MGH’s model. “The call activates a single beeper that helps streamline the care of PE. We deploy a ‘PERT fellow’ to the patient’s bedside and that person does a rapid evaluation of the patient in the emergency department.”

From there, the PERT holds a “go-to-meeting” call, which can be initiated within 5 minutes for patients with severe cases of PE. Over 50 doctors receive a page for the meeting and anyone available calls in. Doctors can call in from anywhere in the country. The meeting usually involves 5-15 multidisciplinary doctors, who discuss the patient’s case and what treatments would be best for them.

The diverse specialties among the doctors allow PE to be approached in a unique way.

“We all learn from each other,” explained Dr. Rachel Rosovsky, a hematologist that is part of the PERT at MGH. “We all have different strengths, knowledge, and experience. I think bringing that together to come up with the best decision for the patient is what makes this so successful.”

“The full range of treatments are considered for every patient,” Dr. Rosenfield said. “It’s worked incredibly well. Over the past 5 years, we’ve taken over 800 calls. It’s a lot of work and a lot of contribution, but I think the patients have greatly benefited from this multidisciplinary approach.”

Out the success of the PERT initiative rose the PERT Consortium. The Consortium aims to guide and influence PE care nationally. With the help of the PERT Consortium, hospitals across the country are creating PERTs individualized to fit the needs of each institution. All of these teams are working to combine their data and experiences to develop the best protocols for PE care.

A key part of MGH’s PERT initiative is follow-up. Dr. Rosovski started and runs a follow-up clinic that mimics what the PERT does in the hospital.

“About two years ago we realized that all of these patients were getting an incredible multidisciplinary, rich experience in the hospital, where all of these people were thinking about them and coming up with a plan,” she said. “Then, they were being discharged, usually to the attending doctor or maybe their primary care provider. We realized we weren’t doing a really good job of following these people once they got out of hospital. They were losing out on the experience they’d had there. We thought, ‘why not continue that?’”

The clinic is held twice monthly. The PERT doctors meet to develop short- and long-term plans for their patients.

It was the follow-up care that changed Mark’s life.

Dr. Rosovsky contacted Mark a week after he was released from the hospital and invited him to come meet with her. He went to the clinic and had blood drawn, hoping to find out why he had experienced a blood clot.

Mark’s doctors discovered that his clot was caused by multiple myeloma, a form of cancer.

While Mark had a new battle to face, he was glad to understand why he developed his PE. By discovering his cancer, he could seek treatment and avoid another PE.

“I feel extremely fortunate for the strides MGH has taken,” he said, describing his experience with the PERT as seamless. “I was a ticking time bomb without anyone knowing.”

Today, Mark is receiving treatment for his cancer and is on an anticoagulant, but he’s feeling great.

“I feel better every day. I get stronger every day,” he remarked, praising the nurses and doctors he’s been working with. “The care I’ve gotten at MGH is bar none.” 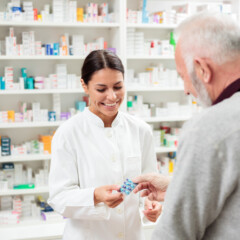 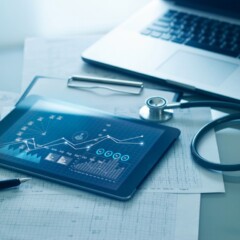