Hi, my name is Emily Drake, and I’m a nurse practitioner for the thrombosis and anticoagulation program at Boston Children’s Hospital. I’m excited to be presenting at Clot Chronicles. On today’s episode of Clot Chronicles, I will be giving a brief overview of thrombosis in the pediatric population and special considerations for this patient population.

So based on database studies conducted in Canada and the Netherlands, the incidence of deep vein thrombosis was estimated to be at 0.7 to 0.14 every 10,000 children between the ages of 0 and 18 years. However, emerging data suggests that this is rising. According to a study by Dr. Raffini and colleagues, in 2009, the incidence of hospital-acquired VTEs had increased by 70% between 2001 and 2007. Dr. Carpenter and colleagues, in 2018, found a 200% increase in the incidence of pulmonary embolisms between 2001 and 2014.

Similar to adults, common risk factors for pediatric DVT includes central venous access lines, cancer, congenital heart disease, and estrogen therapy. Not only has technology in diagnosing VTEs improved, but several medical conditions have improved prognoses due to the advances in medical therapies. However, the advancement in some medical therapies has also increased the risk of developing a VTE in these populations.

In attempt to reduce the incidence of hospital-acquired VTEs, our institution has VTE risk assessment tools that are completed on admission. Specific algorithms are also available for patients with esophageal atresia and irritable bowel disease, as these patient populations have an increased risk of developing a VTE. Based on these algorithms and assessment tools, recommendations are early ambulation, SCDs, and/or pharmacologic thromboprophylaxis usually with Lovenox.

The length of treatment for anticoagulation in the pediatric population is determined primarily in accordance with the CHEST guidelines for antithrombotic therapy in neonates and children published in 2012. Current standard of care for pediatrics with thrombosis is Lovenox. In the pediatric population, Lovenox is dosed by weight and then titrated based on anti-Xa levels. These are usually monitored weekly while inpatient and monthly while outpatient once they’re therapeutic and stable. The standard goal range of anti-Xa for therapeutic Lovenox is 0.5 to 1.0. However, if there’s a high concern for bleeding while on anticoagulation, a lower range of 0.4 to 0.6 is considered, which can be controversial and varies between institutions.

Direct oral anticoagulants have more recently been studied in the pediatric population and is more frequently used. Dabigatran is now FDA approved use in pediatric patients; however, the pediatric form of the medication is not physically available. Rivaroxaban was recently FDA approved for the use in pediatric population. Dosing for these medications are weight-based and age-based. Apixaban is also expected to receive FDA approval soon. If there is a concern for appropriate dosing or malabsorption, peak or trough levels of DOACs can be obtained; however, this lab test is not available in all institutions, and therefore the results can be delayed. Thank you. 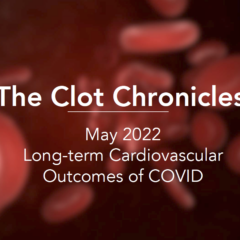 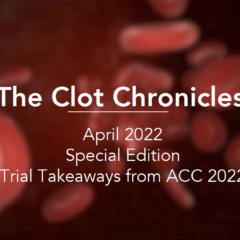