Steve Brenner passed away from a pulmonary embolism in August of 2016. His wife, Michele Brenner, shares his story:

My husband, Steve Brenner, died of a massive pulmonary embolism on 8/15/16 while waiting for a hip replacement. This was preventable. If Steve’s doctor or one of his colleagues at their orthopedic practice had replaced Steve’s hip more quickly or prescribed mechanical compression or blood thinners to reduce the risk of blood clots, we would not be in this devastating situation today.

I urge orthopedic surgeons to consider blood clot prevention measures for immobile patients waiting for surgery, especially if the patient has other risk factors for clots.

In the summer of 2016, Steve was in excruciating pain in his right hip and immobile for five weeks. He died of a massive pulmonary embolism from a DVT. I was with him when he convulsed at home and went unconscious. I started CPR. His mother was there and called 911. Our three children saw the ambulance take Steve away on a gurney. I rode in the ambulance and told the EMTs this is a ‘husband with three young children, do-everything-you-can situation.’ Shortly after we arrived at the hospital, the ER doc told me there was nothing else they could do. Steve was gone. My husband, my three kids’ father, a beloved son, brother, son-in-law, brother-in-law, cousin, colleague and friend was gone.

On 8/3/16 I brought Steve for a pre-op appointment at the orthopedic surgeon’s office and a pre-admission test at the hospital. In the surgeon’s office, I told the PA that Steve’s sister had survived a PE a few years ago. It was a memorable conversation, because the PA joked to Steve that “you just earned yourself three weeks of shots in the stomach.”

Meanwhile, knowing that Steve was in great pain and unable to walk without assistance, the orthopedic surgeon prescribed Steve painkillers, a hospital bed and a wheelchair. Steve was living on our couch and the hospital bed. He was peeing in a jug because it hurt too much for him to get to the restroom more than once a day. I brought him all his fluids and meals because it hurt too much for him to walk the ten feet into the kitchen to get those things for himself.

The orthopedic surgeon was the only doctor in the position to see Steve’s risk of blood clots mounting as his time of immobility was prolonged by the delayed surgery schedule. He was the only doctor who was in the position to address the increasing risk of blood clots by making the family aware of the risk and by considering mechanical or pharmaceutical anticoagulation.

I can’t do justice to the overwhelming sadness and loss we feel as Steve’s family and broad circle of colleagues and friends. For just a little of what he meant to all of us see his obituary which is attached. While I am so thankful I can look back happily on the wonderful years I had with my smart, funny, handsome, athletic, loving husband, I cannot find a way to rationalize the loss of my children’s Dad, or my mom-in-law’s Son. The profound pain of his loss, which his loved ones have to continue to endure for the rest of their lives, is unforgivable. 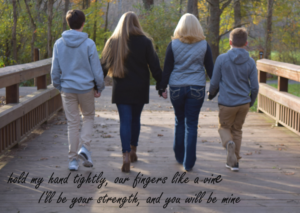 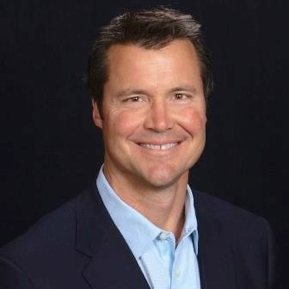 It is with great sadness that his family announces Steve Brenner, age 53, passed away unexpectedly on August 15, 2016. Steve is survived by his loving wife Michele, his adoring children Olivia (14), Owen (11) and Jack (8), his mother Colinda Stailey, brother Todd Brenner (Dory), sister Jill Nagle (Rich), sister Holly Vessels and brother Rob Stailey. He leaves behind an extended family he loved and cherished, including in-laws Forest and Barbara Lanning, Alex and Mary Thomason; nephews Colin Brenner, Sam Nagle, Liam Vessels and Andy Thomason; nieces Madison Brenner, Maggie Nagle, Chloe and Emma Vessels and Madeline Thomason; uncles Ron Brenner (Mary Lou), Randy Austin, Mike Laden (Joan); aunt Peggy Hessel (Al); and first cousins Ed Austin and Heather Volman. He was preceded in death by his father Bruce Brenner and his stepfather Josh Stailey. Steve was born in Canton, Ohio on May 14, 1963. His family relocated to Bucyrus, Ohio in 1969. Steve graduated from Bucyrus High School in 1981, The Ohio State University in 1986 and later earned an MBA from Franklin University. Steve was employed by Cardinal Health, where he was National Director of Oncology Sales. He loved his job and the many wonderful people he worked with. An avid reader, sports fan and fitness junkie, Steve was active in mind, body and spirit. He was widely known for his sense of humor and keen wit and excelled at crossword puzzles and trivia games. Steve was a loving husband and father who placed family above all else. He and Michele enjoyed traveling with the kids and taking long weekend trips together. Steve cherished his family time and was proud beyond words of his bright, kind and loving children. Steve will be greatly missed by all who were blessed to know him. He set the bar for all husbands, fathers, brothers and friends.