Peripheral artery disease (PAD) is a silent killer that many people don’t know they have until they experience its consequences. Over 8.5 million Americans are living with this disease, which puts them at risk for stroke, heart attack, and more.

PAD is a manifestation of atherosclerosis (the buildup of cholesterol-rich plaques that causes narrowing of the arteries in the legs and significantly reduces blood flow to the muscles and other tissues). Atherosclerotic plaques can develop in many other arteries of the body, and the presence of a blockage in one artery is usually a sign that plaques have developed in other arterial beds. PAD is associated with coronary artery disease (CAD) as well, where plaques restrict blood flow in the vessels of the heart. 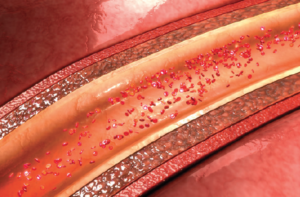 “Patients that have PAD—which is caused by blockages in the vessels that bring blood to the leg—very often have blockages in other vessels, such as the vessels of the heart,” explained Dr. Umberto Campia, a vascular medicine specialist at Brigham and Women’s hospital.

Because PAD affects blood flow, it can lead to lifestyle-limiting symptoms, disability, and other serious health complications.

Who’s at risk for developing PAD?

Certain patient populations are more at risk for developing PAD than others.

As patients age, their PAD risk increases. They’re more likely to develop other risks for PAD, such as high cholesterol, high blood pressure, or diabetes. Patients who smoke are also at an increased risk.

What type of symptoms should patients be looking for?

“Usually the symptoms include pain, cramping, and tiredness in the legs when walking, but the symptoms often subside when patients stop walking. Patients should pay attention to symptoms that may be mild, like having weird aches and pains when walking or legs that tire easily,” said Dr. Campia, while stressing that not all patients with PAD will experience these symptoms. “Only 30% of patients with blockages have these typical symptoms. Many patients have very generic symptoms, such as heavy legs or pain in the legs that lasts even after they’ve stopped walking.”

The lack of specific symptoms makes it difficult for many patients to get the diagnosis and treatment they need. “The majority of patients who have blockages—but don’t have recognizable symptoms—don’t get them treated. The problem is that even if you don’t have symptoms, the fact that you have blockages in other parts of your circulation puts you at risk for heart attack and stroke. Also, the blockages in the legs can get worse and there may not be enough blood flow to keep the tissues of the leg, specifically the feet, oxygenated. So, patients may develop ulcers,” explained Dr. Campia.

How is PAD treated?

Traditionally, healthcare providers have focused on addressing the risk factors for PAD to help patients avoid it. This strategy includes encouraging patients to quit smoking and treating PAD-related health issues, such as high blood pressure, high cholesterol, and diabetes.

Until recently, secondary prevention for patients with PAD meant treating them with aspirin or clopidogrel. However, results from a trial called COMPASS suggested that a low-dose anticoagulant (sometimes called a blood thinner) paired with aspirin could help better protect patients.

“The treatment that we’ve had so far has been only moderately effective at reducing the risk of amputation, stroke, and heart attack,” explained Dr. Campia. “But, now, with the results of the COMPASS trial, we have a better way to reduce risk because we’re more effectively treating the clot. We have evidence that a low dose of rivaroxaban—an anticoagulant—combined with aspirin is able to reduce heart attack, stroke, and amputation more effectively than aspirin alone, with only a slightly higher risk of bleeding,” Dr. Campia continued. “With this new combination therapy, we can help reduce the main risks associated with PAD.”

Despite the serious nature of PAD, many people don’t know what it is or what its symptoms are. In a study designed to gauge general public awareness, 74% of respondents reported that they weren’t familiar with PAD. Among those who were familiar, only 1 in 4 of them knew that PAD increased a patient’s risk of heart attack and stroke. Even fewer knew that it could lead to amputation.

By raising awareness around PAD, NATF hopes to help more patients recognize their symptoms, get diagnosed, and receive the treatment they need. 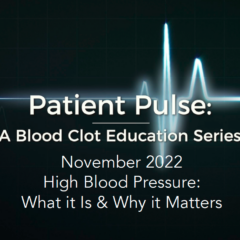 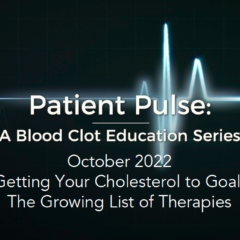 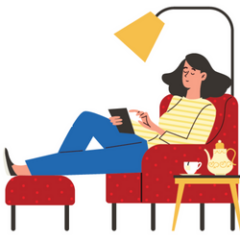 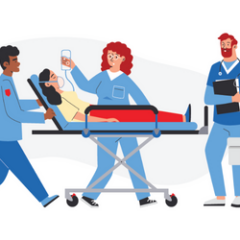