Our Titans of Thrombosis series honors advocates and experts in the thrombosis field and showcases their important contributions.

Dr. Eugene Braunwald was born in Vienna, Austria. In 1938, he and his family fled from the Nazis  and ultimately settled in New York. He attended medical school at New York University. After completing his residency training (Johns Hopkins Hospital and Mount Sinai Hospital) and cardiology fellowships (Columbia University College of Physicians and Surgeons and the National Heart Institute), he served as the chief of cardiology and clinical director at the National Heart Institute from 1961-1968. He relocated to the West  Coast to chair the Department of Medicine at   the University of California, San Diego and moved into the same role  at Brigham and Women’s Hospital/Harvard Medical School in 1972. He founded the TIMI Study Group in 1984 and is the most frequently cited author in cardiology today. His practice-changing discoveries in thrombosis have saved countless lives. We recently had the privilege of speaking with him about his extraordinary career.

Q: Tell us something that we might not know about you.

I have a deep love of classical music. I consider myself a “professional listener” because I’ve never been verygood at playing an instrument, and it’s not that I haven’t tried! But I love the music and get totally involved in it. Inmedical school, I was an extra at the Metropolitan Opera. They paid us $1.00 a night to go out there in costume in crowd scenes. It was the most thrilling thing that’s happened in my life outside of medicine.

Q: What originally drew you to cardiology?

When I was growing up in the 1940s, we were at war; it’s hard to describe what living through World War II was like. It was a totally different world where engineering was everything. I went to a prestigious engineering high school in Brooklyn but didn’t like engineering. There wasn’t enough human contact. So, I switched to pre-med.

When I started medical school, the first section  of my physiology class focused on cardiovascular physiology, which is essentially applied engineering. There were two kinds of cardiac subspecialists at the time: electrophysiologists (they were called electricians) and the hemodynamacists (they were called plumbers). I became a “plumber,” so the engineering thing never really left me. I found a way to be an engineer with the degree of human contact I was searching for.

Q: One of your most significant contributions in thrombosis was establishing the TIMI Study Group. Tell us about TIMI.

TIMI stands for Thrombolysis, which means dissolving clots, in Myocardial Infarction. Thrombolysis restores blood flow to the heart and limits further damage to the muscle. The first TIMI trial was in 1984—but the ideas that informed that trial evolved long before.

A physician named Herrick described several patients in 1919 who presented with severe, sudden chest pain and died; on autopsy, these patients had blood clots in their coronary arteries. Herrick’s observation begged the question of whether someone could have a clot and live. If we had a patient with terrible chest pain, what could we do so they didn’t die?

In the late 1960s, I realized that the size of a heart attack matters. Large infarcts kill people. If you could limit the infarct size, you could save lives. In the 1970s, a Soviet cardiologist named Chazov confirmed my idea: he found that you could limit infarct size—and reduce mortality— by infusing a drug called streptokinase directly into a coronary artery clot.

Our first trial, aptly named TIMI-1, compared streptokinase with a drug called tPA. We wanted to see which drug wassuperior for dissolving a blood clot; tPA was superior. We’re now up to our 64th trial—TIMI-64—but we’re not doing trials solely in thrombolysis. Now we’re studying heart failure and diabetes. Thrombosis is a complication of diabetes, and heart failure is associated with a high risk of thromboembolism, so the theme is still there.

Q: Yes, and part of our mission at NATF is to spread the message that thrombosis is not a standalone condition. What would you say to help us communicate that message?

I would say that thrombosis is a common, serious complication of many diseases like diabetes, cancer, heart failure, and atrial fibrillation. Thrombosis is a lot like anemia (a deficiency of red blood cells in the blood). Multiple situations can lead to anemia, including trauma, a bleeding ulcer, a tumor in the bone marrow, etc. Thrombosis, like anemia, is triggered by something. The triggers may be known or unknown, but the point is that thrombosis is not an isolated event. Clinicians and patients need to pay attention to underlying conditions that can raise the risk for thrombosis.

Q: You once said that by 2027, the principal role of a cardiologist will be to interpret a patient’s genetic information and then develop a personalized plan to prevent heart disease. Do you still think that the future of cardiology is headed in this direction?

I think the future of cardiology is going to go   two ways. First, advances in genetics will target prevention at a very early age. There are now genetic techniques that give you risk scores that are the same in newborns and adults. These techniques will get further refined.

Second, technology will also continue to evolve.  I think we’re going to have smaller, less expensive left ventricular assist devices. They’re not going to require all kinds of wires through the skin. The energy will be transmitted in a different, less invasive way. So,genetics and technology—that’s where the future is. 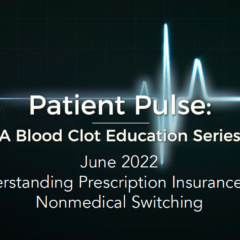 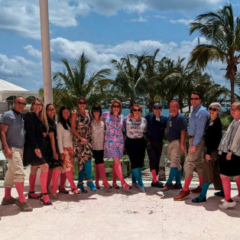 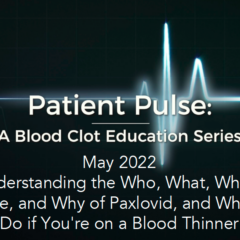