Nearly six years ago, then 36-year-old accountant, Adam Kane, started his day like any other: he took his almost 3-year-old son, Connor, to school. When he went to sign Connor in, he noticed that his signature looked strange. Later that night, he would go to the ER and find out he had a blood clot in his brain that had burst and caused a stroke.

Q: Tell us a little about the weeks leading up to your blood clot and stroke.

I was living in Los Angeles with my wife and son. We were getting ready to move to North Carolina and were busy packing and getting things ready for the cross-country move. I had about 3-4 weeks of headaches leading up to my event. If I even coughed, it would cause a lot of pain. Using WebMD, I self-diagnosed my symptoms as a stress headache. I took a lot of Advil and tried to drink water. I also thought it could be allergies or just stress from the impending move. Los Angeles was also experiencing wildfires, so it was a stressful time overall.

Q: What do you remember about the day of your event?

I dropped off my son at daycare. I signed his name, but when I went to sign my name, I thought it looked strange. I was holding all his stuff and figured it was just from having my hands full. I went to pick up some barricades for a moving pod we needed. Again, I had to sign my name to rent the barricades, and I thought my signature looked strange. I attributed it to being in a rush and headed home. While in our bedroom packing, I passed out. I’ve passed out before from standing up too quickly, so again, I didn’t think much of it. I remember going to the refrigerator to get water and realized I was really out of it – but didn’t do anything.

I then did the worst thing…I drove to pick Connor up from daycare. Everything went fine; I took him home, made him dinner, and put him to bed. When my wife came home, I told her what happened. Apparently, I wasn’t making a lot of sense and she urged me to go to the hospital. Her parents were in town to help us move, so they came over and watched Connor while we went to the ER.

Q: Did you think you were having a stroke?

While my wife’s parents were on the way over, I was putting on my shoes and noticed the right side of my body wasn’t working well. That’s when I knew something was wrong. It wasn’t a total loss of control, but it felt like there was a heavy weight on my arm and leg. When that happened, I was like, okay, something’s wrong.

I don’t remember a lot from that night. The next morning, the doctors told me I had a blood clot in my brain that had burst and caused bleeding (medically known as cerebral venous sinus thrombosis or CVST).

I had a second stroke a day or two later. I remember a nurse had asked me how many kids I had and I couldn’t get the words together to tell her I had one son. They held up a picture of a beach with palm trees and a hammock and asked what I saw. I couldn’t say the word “hammock.” I talked to my wife on the phone, but couldn’t vocalize much. They then called another stroke code. With more fluids, I began to feel better and haven’t had an episode since then.

Q: What treatments did you receive?

I spent two weeks in the hospital while they ran tests and figured out my blood thinners. I was on warfarin for about 3-4 months, and was also put on cholesterol medication and a daily baby aspirin, which I still take today. I no longer take any blood thinners or other medication.

Q: What happened in the next few months after your stroke?

After being in the hospital for two weeks, I drove across the country with my father to meet my family in North Carolina. We stopped many times along the way so I could have blood tests and make sure everything was okay. When I arrived in North Carolina, I was set up with a primary care provider and a neurologist.

In the hospital and over the next several months after the stroke, I was tested for every genetic blood clot condition, but all tests were negative. They checked my heart but didn’t find anything wrong.

There were a lot of follow-up appointments for about a year. My neurologist believed that severe dehydration may have triggered my stroke. It was 112 degrees in California that summer, which could have contributed to the dehydration.

Q: Is there any medical history of stroke or heart condition in your family?

Not that I’m aware of beyond my father, who has an irregular heartbeat. Beyond that, I don’t know of anyone in my family who’s had a similar experience.

Q: What were some of the immediate ways your stroke impacted your life?

It definitely changed my lifestyle at the time. Things have fluctuated since then; I went back to less-than-grand dietary ways for a while, but have recently gone back to eating healthier. Now, I’m always thinking about food and what I eat. In terms of physical activity, I’m doing much better. At the time of the stroke, I didn’t do any physical activity. I would go to work, sit all day, and not work out. Now, I’m more active. I joined a run club last year and I take karate 2-3 times a week with my son.

Q: How has your experience affected you?

I have more of a “seize the day” attitude. I might not have said something or done something before, such as going for a promotion at work, telling someone how I feel about them, etc. I’m more likely to do that now because at any time, things can change.

I’m also more conscious of my body. If I stand up and get dizzy, I pause and think about it. It’s strange, but if I don’t feel well, the first thing I do is sign my name. That was the first sign for me that something was wrong on the day I had the stroke. Recently, I had a cold and felt off, so I wrote my name a few times on a piece of paper. My wife came home and said, “what’s wrong? Your signature is all over the paper.” Luckily, I was fine.

Ultimately, the idea of being gone from Connor is with me all the time, and that’s why I’m always trying to take better care of myself. 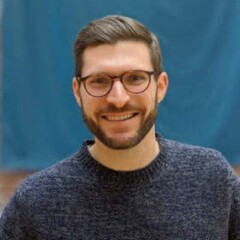 Every Breath I Took Was More Excruciating Than the Last: Jared’s Story 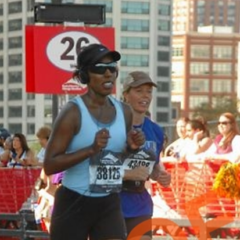 Saving Lives, One Campaign at a Time 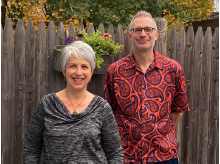 A Brother, A Sister, and a Clotting Disorder: Joelle and Matthew’s Story 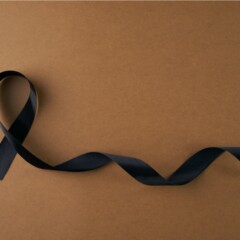